He worked 39 years in the technological industry.

Since 2014 he offers his experience to companies, and occasionally private persons, for missions of technical expertise’s, consulting and mediation. He has been Commercial Director of ENGIE FABRICOM from 2000 to 2014, and has been involved in many projects of design, construction and maintenance of technical and industrial installations, in Belgium and abroad.

He was in particular  Vice-President of the sectorial committee “Contracting & maintenance” at Agoria, the Belgian national federation of technology companies, and has director’s mandate  at BECI (Brussels Enterprises Commerce and Industry).

Member of ABEX (“Association Belge des Experts”) , he is accredited by the Belgian French-speaking courts and tribunals, by CEPANI and  CCI (International Chamber of Arbitration, Paris). He also holds a university degree in judicial expertise (UCL, 2015).

Pierre Fabeck has been Commercial Judge (“Juge consulaire”) at the French-speaking Commercial Court of Brussels from 2009 to 2015. In particular he was appointed Bankruptcy Judge for 150+ cases.

Pierre is also an accredited mediator in civil and commercial matters, and has organized several conventions aimed at promoting mediation for the resolution of B2B disputes.

He worked from 1975 to 1999 in different technical, commercial and general management functions in the sector of machines (pumps, turbines, motors) for ACEC (Rotating Machines Division) , ARBIOS/BIOTIM (water and solid waste treatment) ,  DURCO FLOWSERVE and Sterling SIHI.

He is also independent director at several boards, and industrial partner/lecturer for ULB Ecole Polytechnique (Faculty of Applied Sciences). 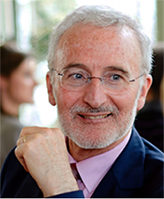 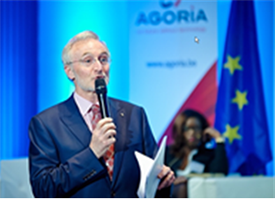